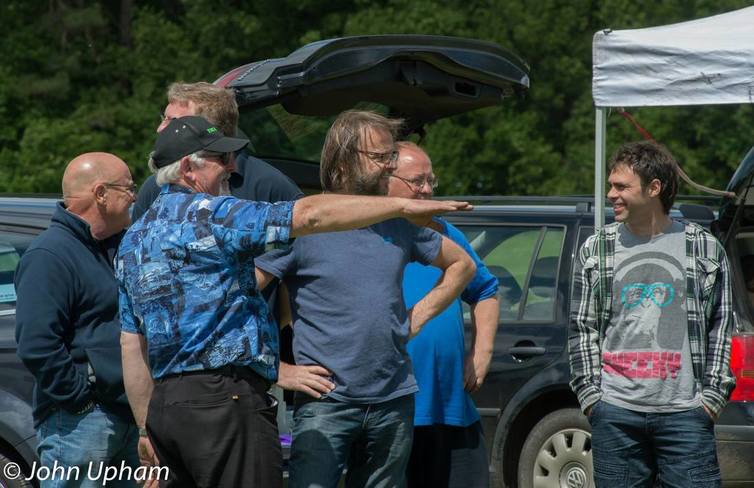 Watch out .... committees about!
Chairman 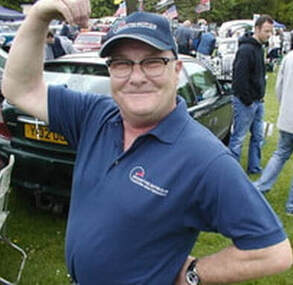 Chris runs a very tidy Peugeot 205 1.9 (Hobo).  He is usually out and about on all types of Road Rally from 12 Cars to Targas.  Chris is a Mover/Shaker for the Club and can always be found in the thick of negotiations and planning.  No doubt about it....he's the best chairman we've got.  If you want to contact Chris about anything Motor Club related, feel free.

Jeff has been involved with the Club since it's beginning in the mid 1980s.  He runs the famous 'Greebo', the flaming Chevette on selected Stage Rallies. It seems that whatever the Club is doing, Jeff is involved somewhere somehow. Definitely one of the 'backbone members' of the Club, he brings us a wealth of experience which is difficult to find these days. 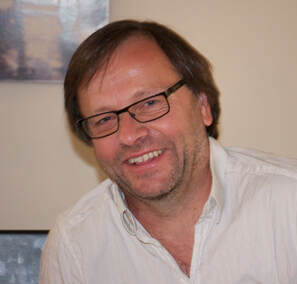 Chris brings many years of experience, gained from all levels of Rallying and club management. A voice for both common sense and reason, Chris' opinions serve to bolster a strong committee.  As a previous BMC Club Chairman, Chris is most welcome. 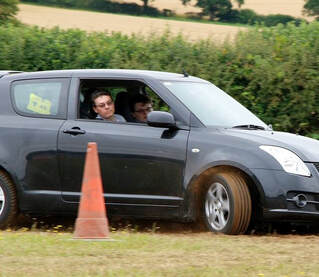 ​Paul Vaughan
​
Paul brings the club the benefit of his experience as an MSA Noise Official, and his long association with the world of All Wheel Drive and Trialling.
As a regular Rally Navigator, Paul can often be seen piloting his trusty Suzuki around various Autotest and Solo courses. 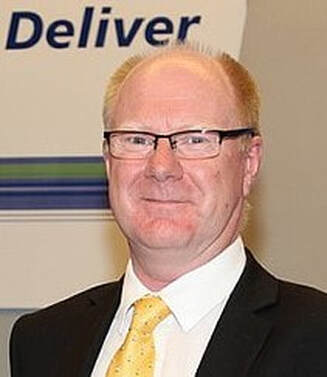 With both many years of experience in differing modes of motorsport, and a military discipline, Rob brings a much needed 'Quartermaster' approach to safeguarding the club's now considerable equipment and assets. Always on scene at club events, he will supervise and regulate the issue of equipment with the necessary know how. 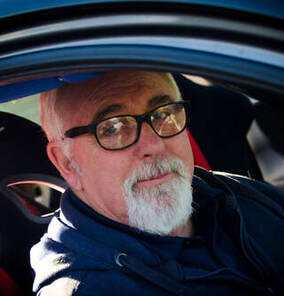 Jace controls and edits this web site and is half of the 'Tarcus Motorsport' team.  He currently runs a MGZR Rally car on club events such as 12 Cars and Autotests, together with Autosolos and Targa Rallies. Jace has been active in Club Motorsport since the mid 1970s.

As 'Membership Secretary', David is the one you need to give your hard earned cash to, in exchange for a 'Membership Card'. He can usually be found at any BMC event with either a stopwatch in one hand and a torch or a pencil in the other.  As a previous 'Club Member' of the year, David's efforts did not go unnoticed, and we are very pleased to have him.

Steve is the latest addition to the Committee.  He’s into stage rallying as both a driver and a co-driver, but gets involved in navigational events too (especially if they are off-road).
Steve's service as a motorsporting team manager brings even more experience to the club.

An accomplished Rallyman, Danny brings us a wealth of experience and a common sense approach. A regular Navigator, but Danny can also be seen pilotting his little red MK1 Toyota MR2 at various Historic and AutoSolo events. 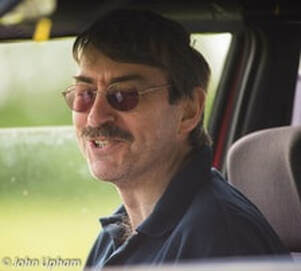 Glynn is a sought after Navigator/Co-driver, and no mean driver either.  He is always there flying the BMC flag.  A member of BMC since it's conception, Glynn is a well known Clubman and respected throughout the Motor Sporting fraternity.  We are lucky to have him!